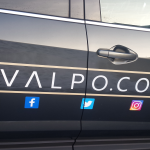 I attended an online live update this week about the South Shore Line Double Track and the West Lake Corridor projects by NICTD. The waiting is over, they break ground within a month or two. NIPSCO has already been doing preliminary work. Many of us have seen NIPSCO working along the track as we drive down Route 12.

Both projects are great news for Northwest Indiana residents! Whether for Work, Cubs, White Sox, Bulls or Bears games or Museums and all Chicago attractions this is a game changer for NICTD riders.

The South Shore Double Track website has a good video explaining the project. The second track should be done in mid-2024. No more one-way trains that get delayed waiting for other train traffic!

Here’s a section of the news release from mysouthshoreline.com Dated January 7, 2021.

“The Double Track Northwest Indiana Project, which spans over 26 miles from Gary to Michigan City includes installation of a second mainline track, improvements at five stations, expansion of parking lots for over 1,300 new parking spaces, and nine new platforms. Significant safety improvements will be made in Michigan City, where the rail will be separated from the roadway and 21 at-grade crossings will be closed. The project is expected to more than double existing South Shore Line ridership and reduce travel times for all riders traveling east of Gary.”

The West Lake Track if I understood it correctly will be done a year after the Double Track Project. This part of the project is the new lines between Hammond and Dyer. There will be Stops at Dyer, Munster and Hammond. You change trains at the North end to head to Chicago or East toward South Bend. I think some trains will run non-stop from Dyer to Downtown Chicago but I’m not 100% sure I caught that right.

Almost everything you want to know about the West Lake Corridor project plans you can find on their website. I think there have been a few changes but you’ll get the main idea.

My main take away from the online meeting was most of the trains will get you between Chicago and Michigan City or Dyer to Chicago in almost half the time it takes now. That’s crazy good!

Both South Shore Line projects bring many benefits to NWI. New homes are already being built to keep up with people moving into Northwest Indiana. New jobs will follow. I’m sure new businesses will pop up including Hotels, restaurants and shops.

Existing home values should do well with the improvements the two projects will bring.

Getting to Chicago and all the things to do there is what I’m most excited about. I dread the roads anymore and parking downtown is an adventure I can do without.

Valparaiso and nearby residents can take the Valpo Transit South Shore Connect shuttle bus to and from the Dune Park South Shore Line Station. Still $1 each way as of today.

Valpo South Shore Connect info and schedule are at this site.

Exciting times for those that ride the South Shore Line.

Buy or Sell a Home